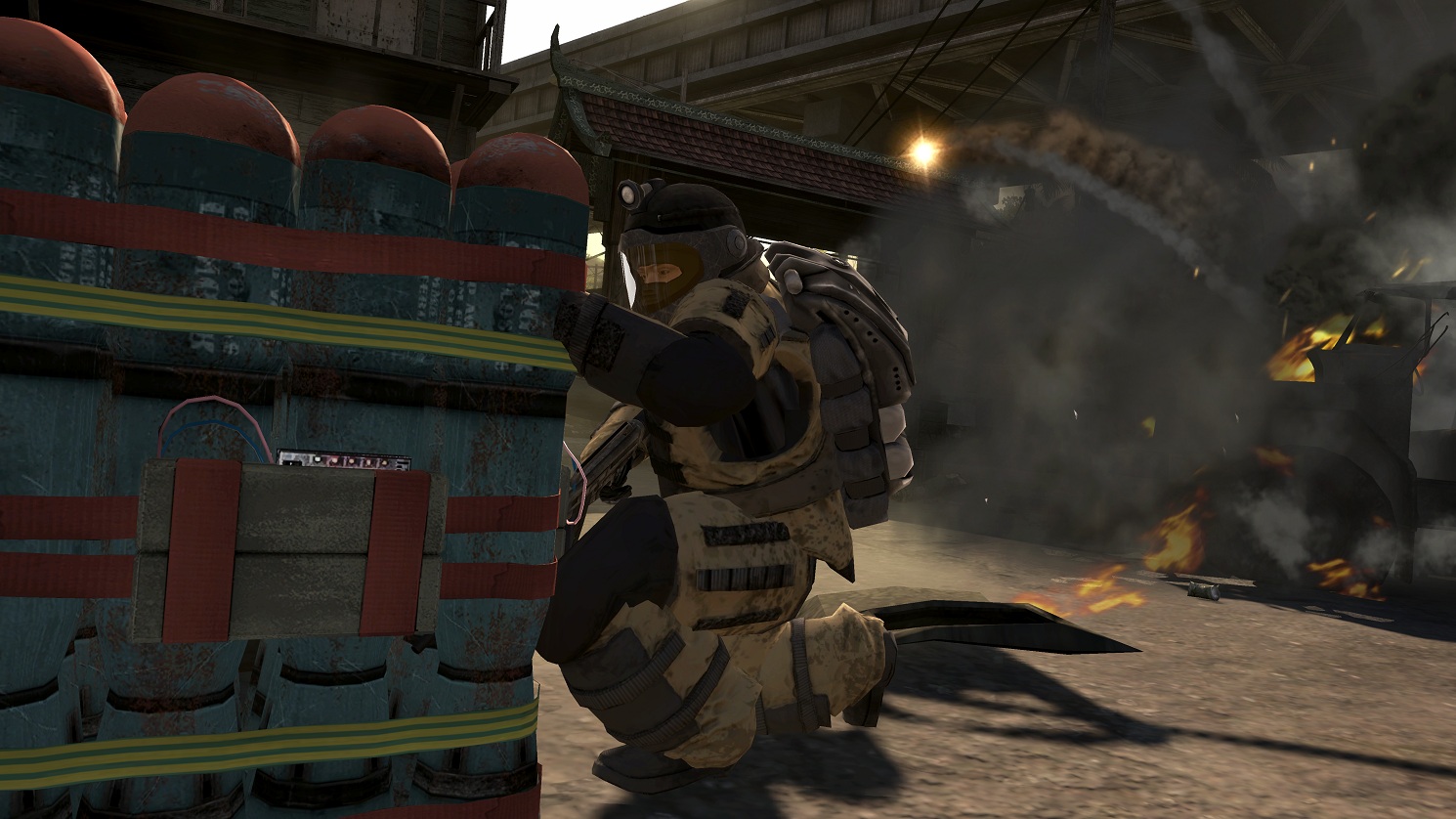 Sony today released some new screens for SOCOM 4: U.S. Navy SEALs. The new screens are from the competitive multiplayer mode, Bomb Squad. Unlike similar “defusing the bomb” modes, in Bomb Squad only one player can defuse the bomb and it will require SOCOM-like teamwork to get the job done. Those who want a sneak peak at this unique mode will get their chance during the SOCOM 4 Multiplayer Beta which starts this week.

“In Bomb Squad, Insurgents have planted a number of bombs around the map and the Spec Ops team must defuse them all before time runs out. What makes Bomb Squad special is that it features the unique Bomb Technician character, played by one member of the Spec Ops team, who is charged with defusing the explosives. He carries both an automatic shotgun and a mobile grenade launcher and is very heavily armored, making him a deadly force on his own; that said, the technician is still an open target any time he turns his back to defuse Insurgent bombs. Succeeding in Bomb Squad requires tactics, teamwork, patience and confidence to get the job done, all pillars of the overall SOCOM experience.”

The beta will include each of the game’s multiplayer modes, Suppression, Last Defense, Uplink and Bomb Squad. The private beat starts today with PlayStation Plus members getting their chance next week, followed by those with Killzone 3 vouchers and finally it will be open to everyone on April 5. The beta will run until April 15.

How to Beat Snake