This article was originally published at gamepodunk.com.  It has been re-published here for your convenience.

Enslaved: Odyssey To The West was in the news quite a bit at the end of last year, partially because despite the big names involved in its production, such as Andy Serkis (as Monkey) and Alex Garland (writer, and author of 28 Days Later, among others), the game sold far below expectations, the price plunging within just a few weeks of release. Some who played it bemoaned the fact that it was overlooked by many gamers, while others pointed to its many flaws as part of the reason for this failure.

Personally, I agree that Enslaved was flawed. I thought the ending was trite and unoriginal, not to mention disappointing, and the game also suffered from some serious camera and balancing issues. Still, despite this, it was one of the best times I had last year, gaming-wise, and I do recommend most give it a try. But one element that made it such a blast for me is also one of the elements that is involved in the controversy – namely, the platforming or climbing sections.

For those of you unfamiliar with the game, Enslaved‘s Monkey lives up to his name, and is an acrobatic god, putting many a Mario or Prince of Persia to shame. He leaps, jumps, twirls, swings, and more from ledge to ledge, bar to bar, soaring up into the air, across chasms, and more. But unlike most games that feature such platforming feats, Ninja Theory decided to clearly label the objects Monkey can grasp, and not allow you to miss/fall. As a result, Monkey’s acrobatics aren’t so much a matter of skilled button presses and timed jumps as they are discovering the path you should take (but more on this later). Still, many gamers complained about this design decision, saying it made the game too easy, or that it wasn’t challenging enough, and that Ninja Theory should have made these sections more like the traditional Prince of Persia games. I completely disagree. I think designing the game this way fits really well with the vision Ninja Theory was crafting, and it makes the game a blast to play. 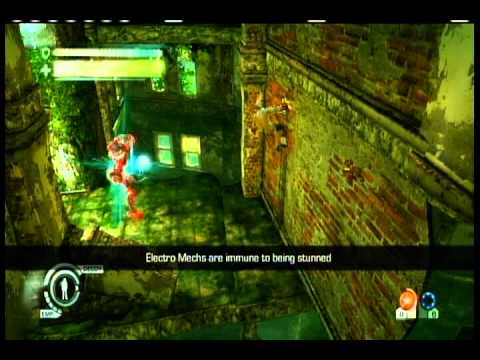 Here are three reasons designing the game in this manner makes Enslaved an overall better experience.

One of the biggest problems I had with Enslaved was the camera. Ninja Theory has opted for a very cinematic, narrow-perspective camera, which is fine, but you will find yourself fighting with it. One of the biggest annoyances is the fact that you really can’t look around much, and the camera will always snap back to the original angle once you let go of the buttons. This is annoying enough (as it did make me sick after playing for a while from time to time), but can you imagine how horrendous the platforming would be with this camera if Ninja Theory had taken a more traditional approach? Anyone who’s played Tron or Epic Mickey lately, for example, can vouch for how frustrating it can be to miss a jump because the camera won’t cooperate, or because you literally can’t see where you need to go. The directed (relatively deathless – you can die in certain situations) approach to platforming in this game works with the cinematic camera, because it follows you as you leap from shiny handhold to handhold. Rather than screaming at the camera in these sections (for the most part, anyway), you can simply enjoy the experience.

“So,” you say, “if you basically can’t die in these acrobatic sections, then what’s the point? Obviously there’s no challenge in that!” I disagree. Although I wish this element had been developed more fully, because you can’t die from a missed jump, these sections become more of a puzzle rather than a platforming exercise. Rather than “can I get over there?” it’s more like, “I know where I have to be, but HOW do I get there?” So instead of relying on platforming prowess, you have to think and plan how you are going to proceed so you can arrive at your destination. As far as challenge goes, the game does throw in some kinks, such as areas where you will have to time your jumps from handhold to handhold to avoid being squished or caught on fire, for example, or you have to move quickly before the handhold collapses. Rather than having to fail these segments because of a missed jump, you have to work fast to avoid the dynamic environment, again a much more cinematic experience. That is what the developers were aiming for, and it works. Your blood is pumping as you see the building up ahead and you know you have to climb up as fast as you possibly can so you won’t get smashed against it. The game does a pretty good job, I thought, of balancing the more “tranquil” puzzle-platforming segments with the more action intense ones.

My previous two reasons are all well and good, but let’s get practical. I honestly think one major reason Ninja Theory decided to opt for this style of platforming is because it is, plain and simply, awesome. You really feel like you’re Monkey, doing all these amazing feats of acrobatics as you leap and twirl through the air (watch one of the videos for a taste). It’s a complete blast, and combined with the fabulous characters, is the primary reason I enjoyed Enslaved so much. In fact, even though the game doesn’t really have much in the way of true replay value, I could definitely see myself returning to it just to re-experience the thrill of controlling Monkey as he swings from bar to bar, twirling and jumping with ease. If you had to carefully measure each button press and hope that you’d make each jump, the game honestly wouldn’t be nearly as fun. And after all, isn’t that the real reason we play games? To have fun? If you’re not enjoying yourself, then what’s the point? 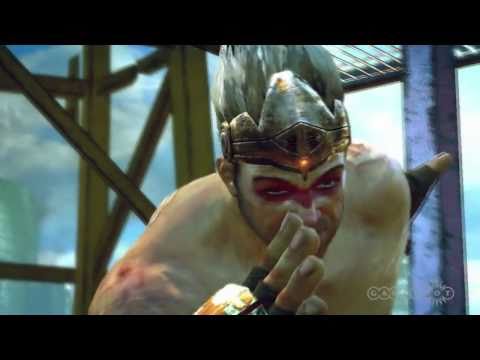 So, when it comes down to it, I think Ninja Theory definitely made the right, and liberating decision to construct the platforming elements in the way that they did. These segments create a more cinematic experience, introduce an interesting puzzle element, help to create dramatic tension, and most of all, are incredibly fun. Despite its flaws, if you haven’t given Enslaved a try, you really should. You could definitely play it in a weekend, and it is a fairly unique experience overlooked by many.

Top Ten Things To Do On A Friday Night

Zombs io for you beginners out there! A step-by-step guide to playing Zombs io.