Katherine Marlowe was revealed to be Nathan Drake’s nemesis in Uncharted 3: Drake’s Deception.  Richard Lemarchand, lead designer of Uncharted 3 said, in regards to the newly released trailer, that, “This cinematic reveals a little bit of the story through a relatively early sequence where we meet a woman called Katherine Marlowe, the villain of the piece.  She’s something of a more cerebral villain than we have had in the past. I am delighted by her being a Brit, of course.”

Marlowe is described as more of an insidious villain than those who appeared in the past and is someone who uses psychological warfare to achieve her goals.

Rosalind Ayres lends her voice to Katherine Marlowe and gamers might recognize the English actress from Age of Empires III, as Queen Elizabeth, and numerous voices in the video game version of Pirates of the Caribbean: At World’s End.

Naughty Dog is pleased to have Ayres on board, with Lemarchand saying, “She has brought an tremendous amount to this character. At Naughty Dog, we feel that a big part of the success of the Uncharted games is due to the effort that we put into our performance capture process where we work with the actors, improvising scenes with them and very often some of the best lines come straight from the actors, the things they invent while we are rehearsing with them and Ros has been fantastic in helping us in developing Marlowe’s character.”

Naughty Dog will hopefully continue to release new gameplay videos periodically to make the wait until November 1, 2011, not seem so long.  Take a look at the trailer below. 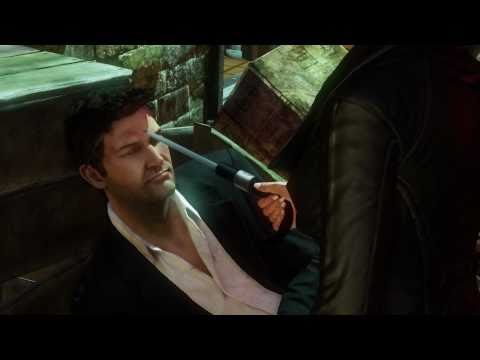 The “Call of Duty” series has become the most popular first person shooter game in the world. This time the game takes place during ancient times, presented as a fictional ancient battle between Rome and Carthage. The game features six single-player missions and sixteen multiplayer maps (and six remakes of maps from previous games).