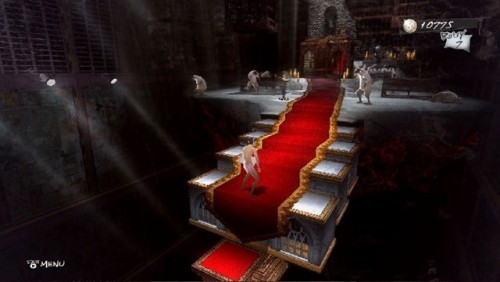 Recently Atlus released the PS3/ Xbox 360 title Catherine in Japan and one of the most spoken complaint was the nightmarish difficulty. Even on the easiest mode available, people would comment on how hard it was. Atlus has responded with the release of a patch that adds a new mode and item to help those who want to experience the game without tossing their controllers in anguish.

The “power up drink”, which is only available in the new super easy mode, is activated by pressing the SELECT button on the PS3 or the back button on the Xbox 360 controllers. When activated, it allows Vincent to basically leap three floors up in one move. Other tweaks included in the patch is the number of retries given with each pillow Vincent snags. Easy mode gives you three, normal gives two, and hard mode remains untouched at one.

Another important tweak is the fixing of the leaderboard issue. This seemed to prove a problem for those who want to see how they rank against others. Atlus has now got that taken care of and modified text to reflect the balance changes. For those who don’t want to take advantage of the new changes that the patch offers, you will be able to revert back to the original settings.

Give Yourself An Advantage With The Wheel