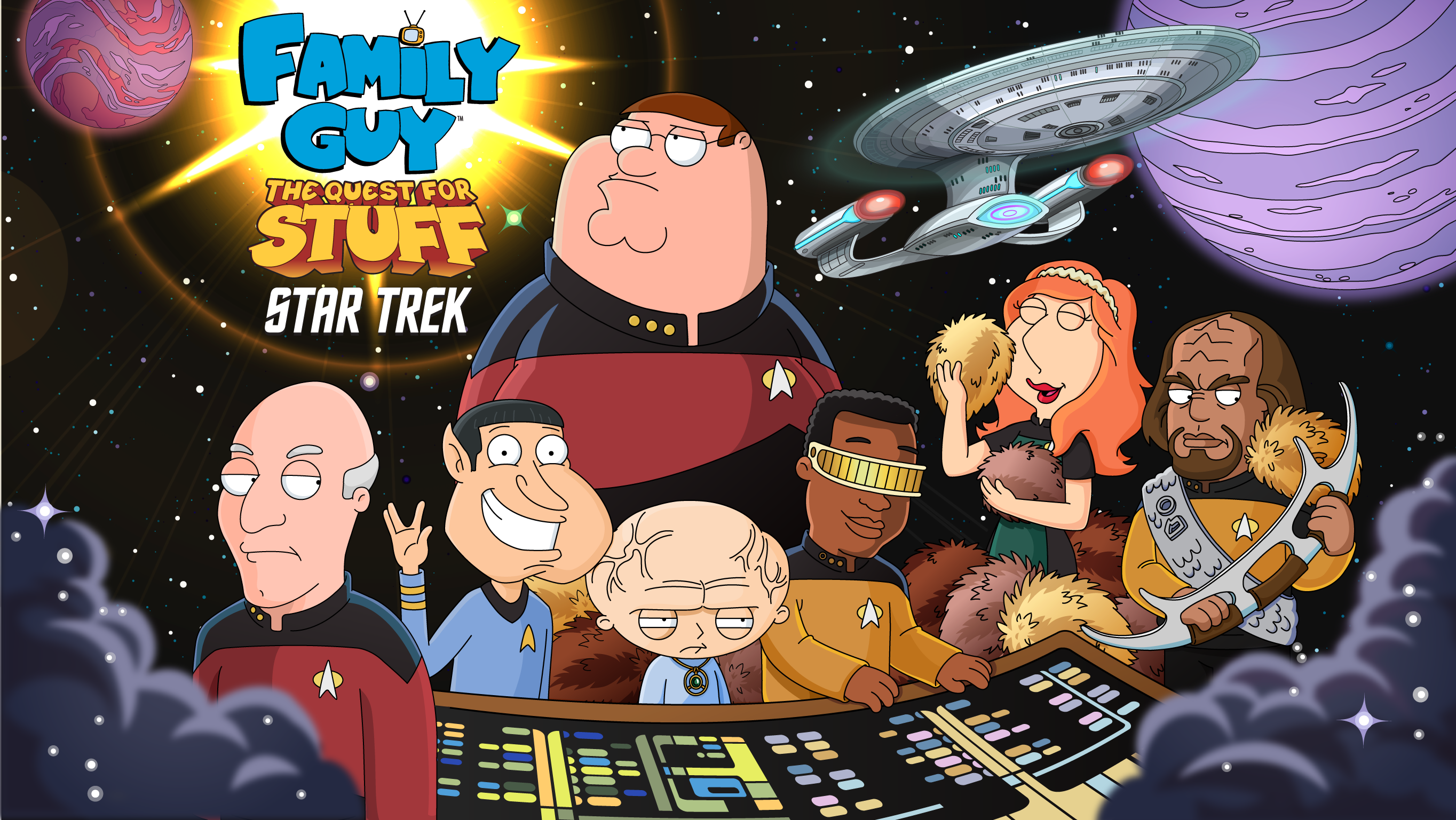 Allowing you to play in short bursts while you wait for the bus, mobile games are proving to being one of the more popular ways to spend one’s time. TinyCo’s FAMILY GUY: The Quest for Stuff was released last year and has shown to be a hit. Currently, a limited time event is underway and brings the Star Trek crew to Quahog.

I was able to play a good portion of the Star Trek in-game event and wanted to share my thoughts about it. I want to note that it will take longer to progress through the many missions than it did for me. Especially for those who are just starting with the mobile game.

Before you can access the Star Trek limited time event, you need to get District 3 unlocked. Once done, you will see the Enterprise’s shuttlecraft crash into Quahog. Help Commander William T. Riker to gain the ability to hop aboard the Enterprise. As with Quahog, different sections of the Enterprise are locked until you reach a certain level and get through a number of missions. These missions can be completed in a quicker fashion for those who have no problems with buying any of the in-app purchases. 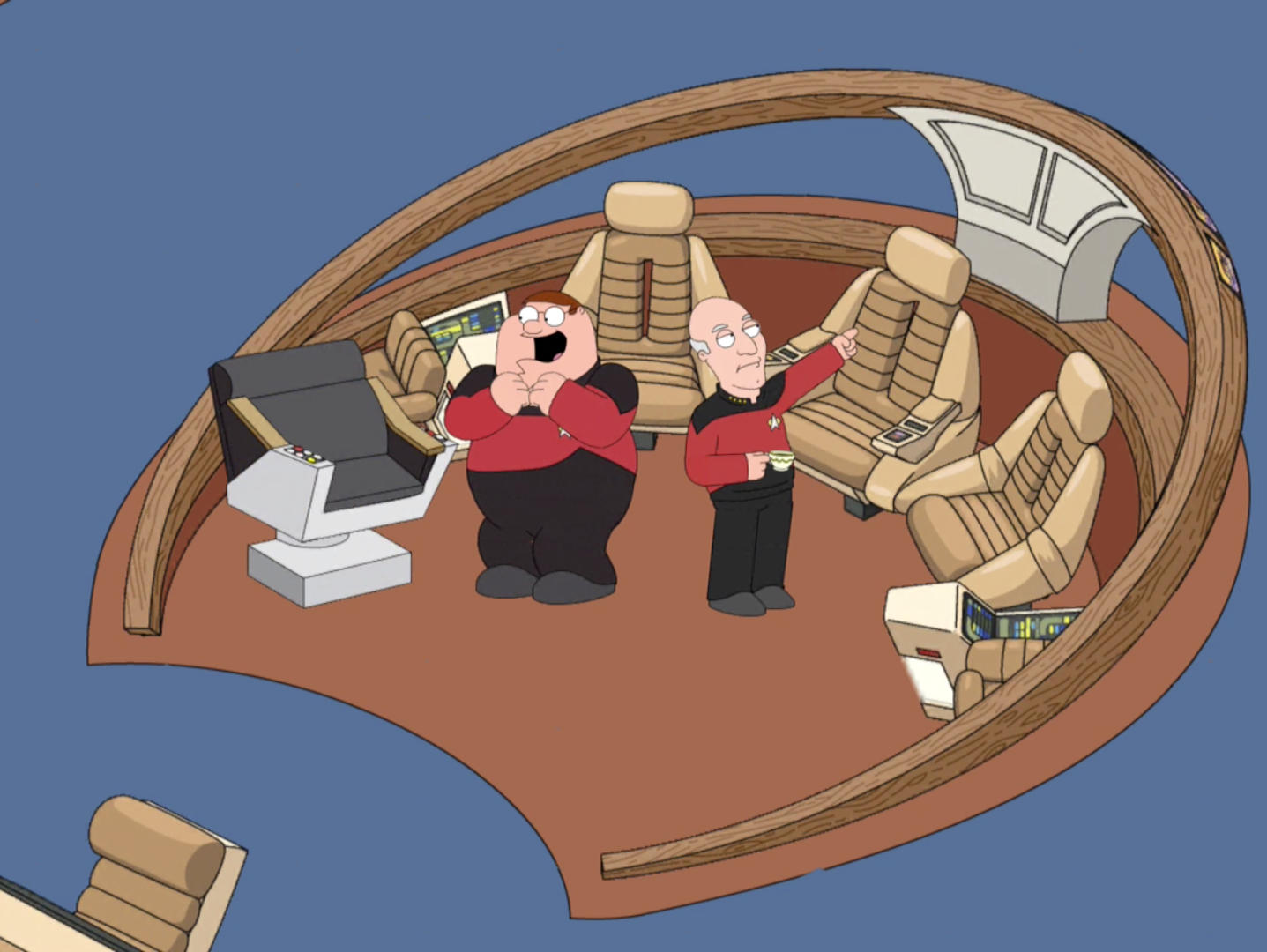 I love that you get to spend time on the Enterprise and hang out with the crew. Each one is voiced by the actual actors who portrayed them (except for the late Leonard Nimoy who portrayed the iconic Spock), which adds to the experience. While some quests do send you back to Quahog, the things you can do on the Enterprise is great. Tribbles plague both the Enterprise and Quahog. You can fire phasers at incoming meteors to gain experience and items needed for quests. There’s also the ability to send teams to other planets to complete missions. And who doesn’t want to take a spin in the Captain’s chair to lead the crew against the Borg?

Given that this event will be running until April 30, Family Guy and Star Trek fans looking for something fun to pass time will want to check this out. For a freemuim game, it’s great to see FAMILY GUY: The Quest for Stuff to get events like this and have it not cost anything unless you choose to pay.