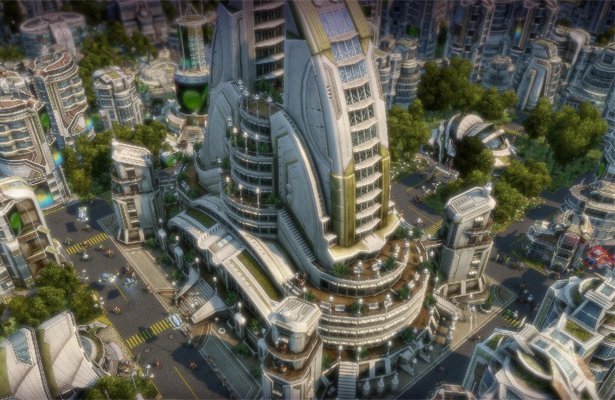 Set in the near-future, Anno 2070 uses the issue of global warming to create an environment where players must deal with elements of weather change, like rising sea levels, that have left once-fertile lands inhospitable.  Using new technologies, players will need to build their empire with ecological challenges in mind.

“Anno 2070 is a very ambitious game that will feel both familiar and fresh to fans of the series.  Due to the game’s futuristic setting, the development team wasn’t restricted by historical boundaries and was able to dream bigger than ever before. It’s a new take on a great franchise that both newcomers and longtime fans will love.”

Also outlined in the press release were a few key features players should look forward to in the game.  Anno 2070 will take place in a new era, and while maintaining key features that were important to previous Anno titles, the setting will bring “numerous new gameplay mechanics, architectural breakthroughs, and all new challenges.”

Decisions made by the player will also have an effect on how the world within the game evolves, and will also impact the environment, even going as far as impacting the type of architecture found within the empire.

Players will also have the opportunity to join one of two factions, the Ecos or the Tycoons.  Ecos show more concern for the environment while the Tycoons focus more on industrial and efficient development.

Anno 2070 will feature three game modes, including a story-driven single player, a “continuous mode,” where player’s only objective is to build the largest empire possible, and multiplayer.

At this point, the game is being developed only for PCs.

The Call of Duty 3 Modern Warfare Collection is Here! It’s Time To ACT OUT