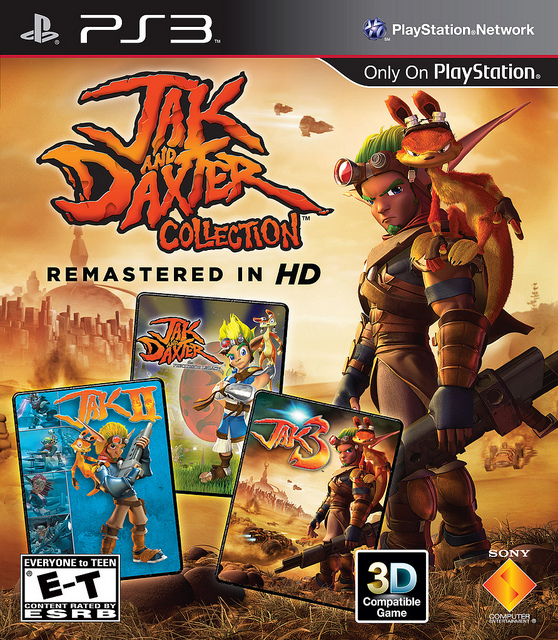 Jak and his ottsel friend Daxter delighted platformer fans in the days of the PlayStation 2. As Naughty Dog’s first foray into narrative seriousness, the critically-acclaimed franchise has sold millions of copies and is a frequent fan request for continued sequels. We’ve known that remastered versions were in the works for some time, but it seems that the collection has completed development and will hit store shelves soon. On February 7, the Jak and Daxter Collection will go on sale for $39.99. Featuring support for stereoscopic 3D and 720p output, all three games will also boast over 100 PSN Trophies collectively. Naughty Dog Co-President Evan Wells detailed a few of these on the PlayStation Blog – it looks like Jak fans will be hunting Precursor Orbs in just a couple weeks.

European fans will have to wait a bit longer, as the EU collection won’t drop until February 22.

Are you excited for the Jak and Daxter Collection? Let us know in the comments below.