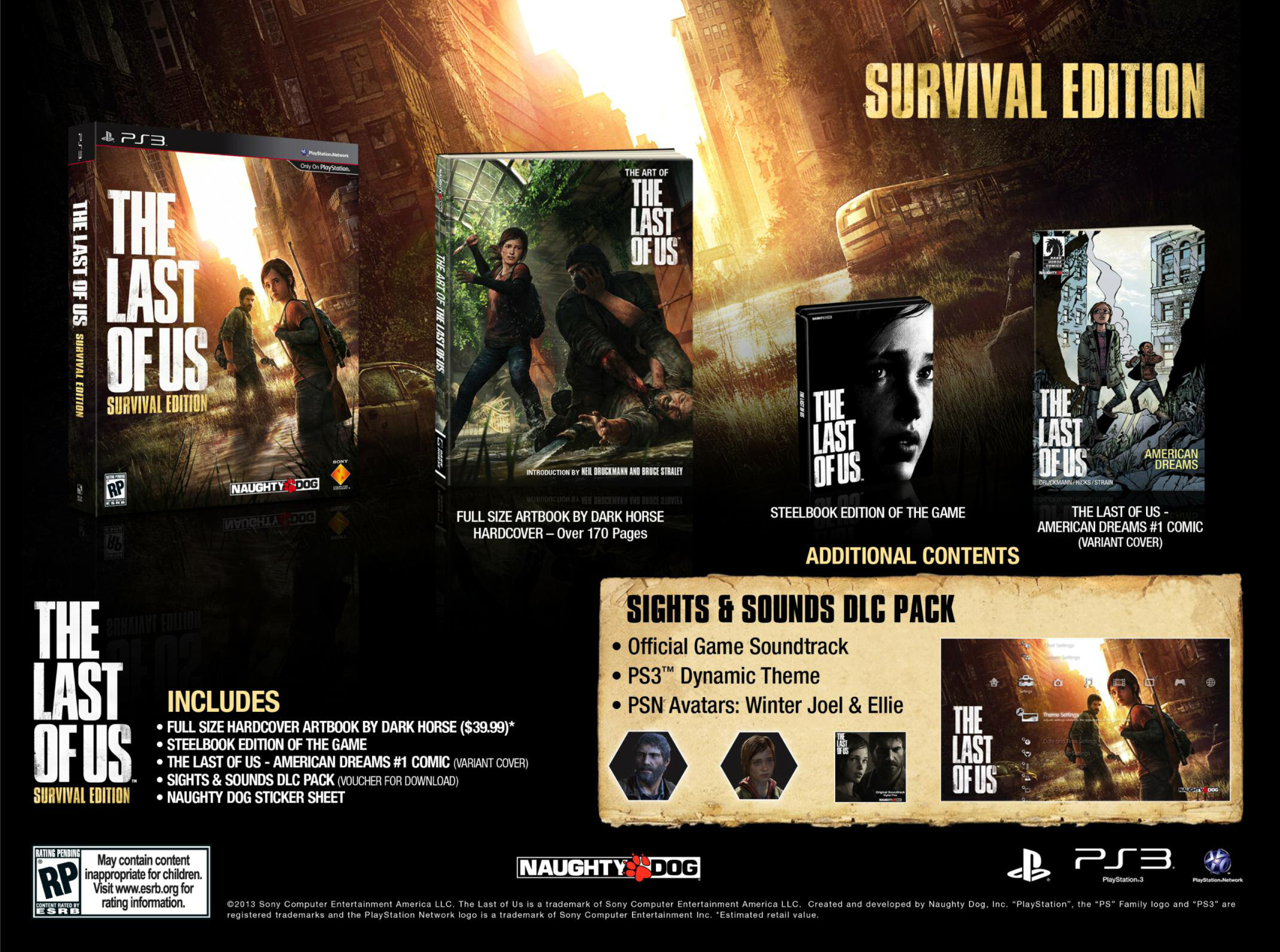 May 7th can’t get here soon enough for PS3 gamers eagerly awaiting the release of Naughty Dog’s upcoming survival horror action title, The Last of Us. Today’s announcement that there will not be one, but rather two, special limited editions released for North American gamers probably won’t help out.

The Last of Us: Survival Edition will come with a full size artbook by Dark Horse. Both editions come with the steelbook edition of the title that features Ellie on one side and Joel on the other, The Last of Us: American Dreams #1 comic, and the Sights and Sounds DLC pack. Not to mention some fancy-looking chrome Naughty Dog stickers that you can put anywhere. The Sights and Sounds DLC comes with: 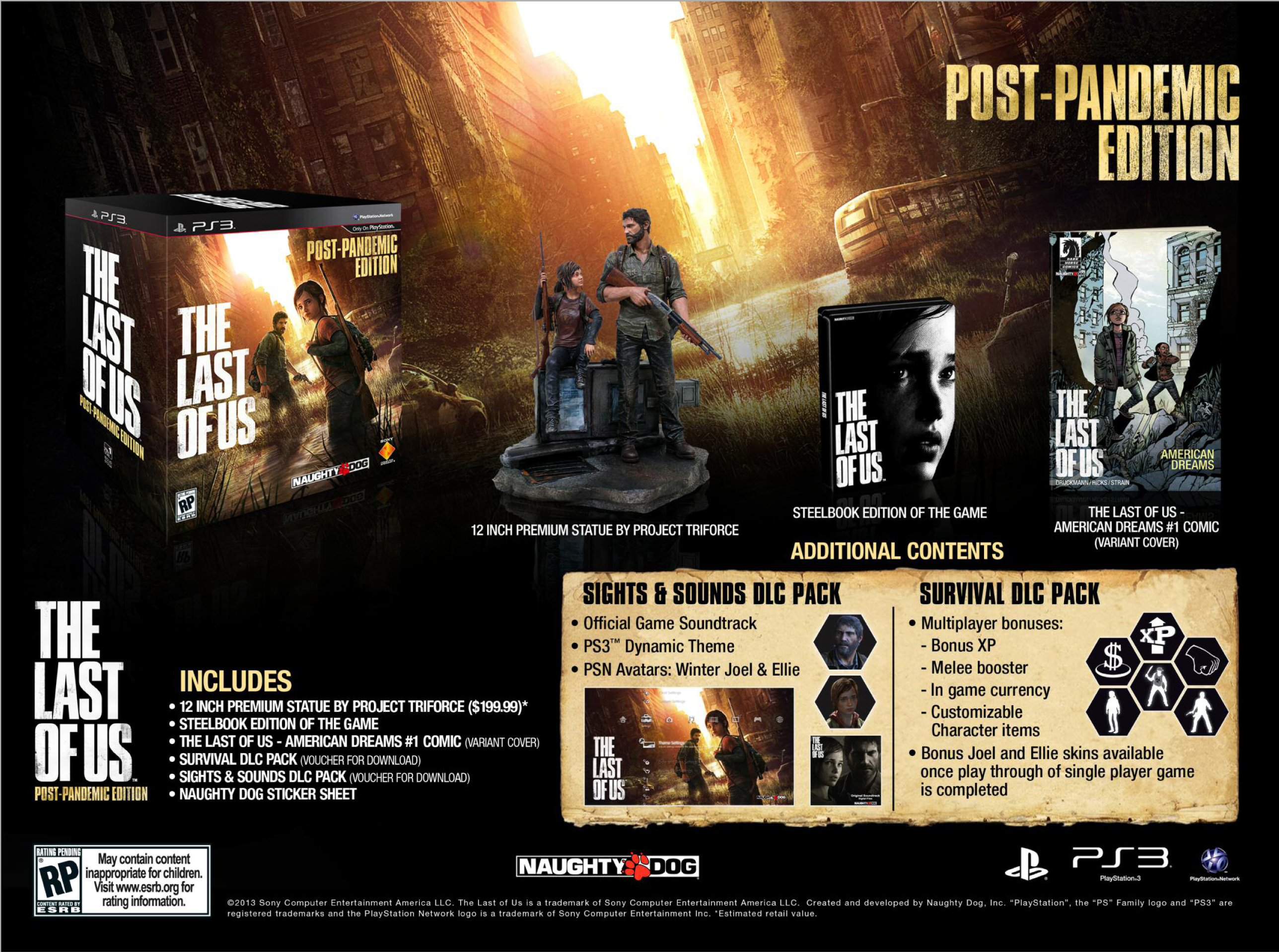 The Last of Us: Post-Pandemic Edition doesn’t include the full size artbook but rather an impressive 12″ statue of Ellie and Joel by Project Triforce and an extra DLC pack. The Survival DLC Pack includes:

Both editions are available for pre-order at local retailers and you can pre-order here from GameStop. The Survival Edition will run $79.99 while the Post-Pandemic Edition will set gamers back $159.99.