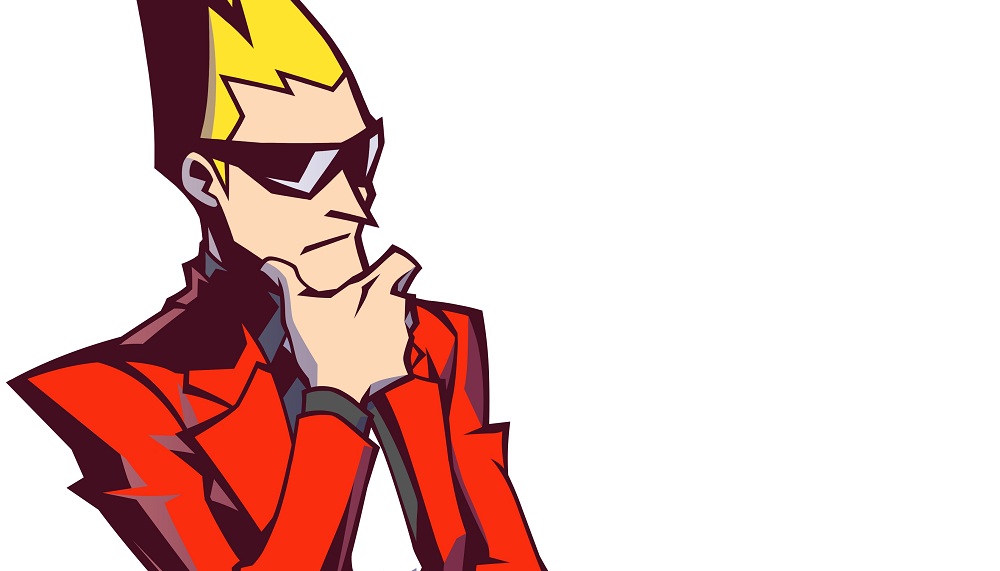 Shu Takumi is definitely most famous for creating the Ace Attorney series for Nintendo DS, but his latest vision, Ghost Trick: Phantom Detective, is something entirely different, while still falling in the same general genre.  You point, you click, you talk to people, you solve puzzles.  However, Ghost Trick is far more than that.

I’ll openly admit that I am a huge fan of the traditional point-and-click graphic adventure genre.  I’ve played the gamut, from the good, the bad, and the ugly, the innovative and the derivative.  Still, I wasn’t nearly as excited for Ghost Trick as perhaps I should have been.  It had an interesting concept, sure, but it just wasn’t something I counted down the days for.  Still, when the opportunity arose to give the game a try, I couldn’t pass up the chance.  Let me say just one thing: Ghost Trick is one of the most creative takes on this often hackneyed genre that I have played in a long time, perhaps ever.  If you have any interest in story-driven or puzzle games, you certainly owe it to yourself to give this one a try.

The premise of the game is this: you begin as a recently deceased spirit, later learning that your name is Sissel.  Other than that, your memory is hazy.  You can’t seem to remember who you are, or much of anything about the world, but another spirit, possessing a lamp, who is vague about his identity, helps set you on your way, enabling you to hopefully learn who killed you, why, and more importantly, your own identity.  Thankfully, you are blessed with the rare ability to perform “ghost tricks” that enable you to manipulate certain items in the environment.  This opening area serves as a bit of a tutorial, as you learn the basics of the gameplay.

The game focuses on two major gameplay elements: ghost tricks, and dialogue.  For the most part, you will either be talking to other spirits (or people, as you gradually earn the ability to communicate with certain living beings) or listening in on the conversations of the living around you.  When you’re not doing this, you’ll probably be using your ghost tricks to solve various environmental puzzles in order to save someone’s life.  That’s right: Sissel can not only manipulate certain objects, he can also rewind time to four minutes before a person’s death in the hope of preventing it.  Going back in time forms a large portion of the gameplay in Ghost Trick, as you’ll soon discover no one seems to be able to stay alive for very long.  Good thing Sissel is around, right?

Using your ghost tricks is very much a puzzle in itself, as Sissel can only travel around using certain objects, these objects must be within his limited reach, and only select objects can be manipulated.  For example, you will often find just getting to where you need to be is a puzzle in itself, often involving careful timing.  “What?” You ask, surprised.  “An adventure game where time is important?”  Let me explain.  In order to use your ghost tricks, you must switch into the “ghost realm,” in which time is frozen.  In this area, the screen changes color and all objects that you can possess show a blue dot (or “core”).  You use your stylus to drag the flame that is Sissel’s spirit from dot to dot to move around the scene.  If an object can be manipulated, it will display on the top screen what action can be done.  Switching back to real time and pressing “ghost trick” will perform that action, such as switching on a light or rolling a tire.  Some of these actions are necessary in order to move Sissel from one area to another, but the game throws another kink in the wheel.

While you’re trying to solve the puzzle, the living characters in the scene will go about their business, and time will pass (although it is not in real time).  Often, you will have to use these living beings in order to progress, whether it’s hitching a ride on an item on their person in order to reach a far portion of the room, or getting them to notice an important object.  As the game progresses, careful timing of when to trigger a ghost trick, or fast switching between the ghost realm and the real world and back, carefully timing your tricks as you go, will become essential in order to solve the later puzzles.  It may sound scary for those of us used to the rather placid and worry-free world of the graphic adventure, but it actually works really, really well – and if you mess up, you can try again as many times as necessary without any consequences. In fact, once you solve a portion of the puzzle, you won’t have to start over from the very beginning if you don’t want to. In reality, starting over is almost part of the game – as each time you fail, you may learn a new detail that will help you succeed the next time around, turning something that could easily have gotten frustrating into a fun sense of progress and fulfillment. The best thing about the game is that while it could have easily gotten really repetitive, the game actually never gets stale because the situations in which you find yourself are always changing, with new twists thrown in, especially in the latter parts of the game.  Also, the story is actually pretty unique and engrossing, and the characters are all surprisingly well developed and interesting.  Although the game didn’t immediately grab me, once I passed a certain point in the story, I found the game almost impossible to put down because I really wanted to know what happened to everyone, and to find out who Sissel actually was. While I did end up figuring out his identity before the game revealed it, and some may find it to be a bit disappointing, I was very relieved that it was set up, and not a deus ex machina.  Like The Sixth Sense, if you played through a second time, you could definitely see the hints thrown in that suggest who Sissel really is from the very beginning of the game, but at the same time, it isn’t blatantly obvious.  I also found the ending to be much more satisfying than most games I’ve played of late in this genre, leaving me smiling and fulfilled rather than (for example) struggling to come up with explanations as to why certain characters did certain things.

If all that isn’t enough, then one should definitely at least rent the game to experience the animations alone, which are absolutely phenomenal, and some of the best I’ve seen in any video game, especially one with hand-drawn sprites.  All the characters move fluidly, and in characteristic ways, which really brings them even more to life.  While some of them may be outlandish, you can accept everything – even the chief detective who dances into every scene like he’s Michael Jackson – because the entire world is so well constructed it just fits.  This is helped by the fabulous and unique graphic design and bright colors that really pop off the DS’s small screen.  And trust me, it looks even better on the larger DSi XL.

The soundtrack is also good, although I’ll confess to playing most of the game with the sound off, as I usually do on my DS, since headphones aren’t always an option, and it really is hard to hear much without the volume turned all the way up, disturbing those around you.  Still, if you have a pair of good headphones, I recommend them, as the music is good and changes in different scenes.  As amazing as the characterization and dialogue is, it’s a bit disappointing Capcom couldn’t fit in voice acting; however, like a good novel, I don’t think the game really suffers as a result of this deficit.  Rather, voice acting would have just been that one extra decoration on an already perfectly crafted cake. After you complete the final puzzles, you’re treated to some wrap-up dialogue and cutscenes, and finally, after the credits, given the ability to save your game.  You can then start a new game from your save, but without playing through the game again in its entirety (I did play a bit), I couldn’t seem to find any “game plus” features, and from my research, it doesn’t seem like the game offers any different options or endings on a second playthrough.  And this is probably the only real flaw I can find in the game: it is, overall, a very directed and linear experience.  Most puzzles really only have one solution, so once you’ve finished the game, you really don’t have too much of a motivation to give it another go. Still, it could be fun to play through just to see if you can pick up on the hints regarding Sissel’s identity, for example, if you really enjoyed the experience enough to go through it again.

The only other flaws I found were extremely minor, most of which aren’t worth mentioning.  I will point out that I did find a couple of times in which the game required some random action on your part in order for the action to progress (a sad flaw often found in games of this type), and I did have at least one time when the game wouldn’t let me use what seemed like a nearly identical solution to the scripted one.  Nevertheless, these definitely didn’t prevent my enjoyment of the game, and you may not even notice or experience these issues yourself.

Overall, the most disappointing thing about Ghost Trick is that it had to end, and there really is no going back (despite Sissel’s talent).  But if a game has to have a flaw, I think this is certainly one I can live with.  Ghost Trick is the type of game I wish we could see more of: something that takes the conventions of a genre and crafts something entertaining and unique within its confines, and that is the type of game someone even outside the comforts of the genre can enjoy.  Ghost Trick isn’t just a fabulous game, it is one of the best games for Nintendo’s handheld, and perhaps one of the best adventure games ever made.  If you own a DS, or plan on purchasing a 3DS, you owe it to yourself to purchase this game, so you can soon join the rest of us patiently waiting for the sequel.