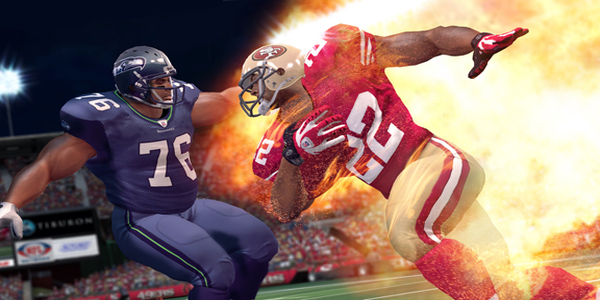 Welcome everyone to the first Xbox Marketplace Update of 2012!  Hopefully everyone had a safe New Year’s, and with 2011 in our rear-view mirrors, the upcoming year is looking to bring multiple blockbusters on every system.  Microsoft has a couple gems on the way this year, but like the lackluster final deal of 2011 (Modern Warfare 1 + 2 DLC?) this year isn’t really starting out with anything special.  Thankfully, we’re getting a revival of a popular classic and can gain access to an exclusive Beta this week.

Deal of the Week (Gold Members)

(Details on tracks included can be found here)

(oddly included but never mentioned is)

EA is also doing a special Publisher’s Sale with nothing too noteworthy aside from decent savings on Deathspank and minor discounts on some DLC.

The big hits and stellar plays are back with all-new NFL Blitz. Featuring a combination of the arcade-style gameplay that made the original a hit and the deep, immersive game modes of today, NFL Blitz is recharged with an energetic, football gaming experience. Whether battling your rival in a 7-on-7 grudge match, fighting your way through a season of the Blitz Gauntlet, or taking over the online Battle Boards in Blitz Battles, Every Game Is a Two-Minute Drill with NFL Blitz! Stay tuned for a review in the coming week.