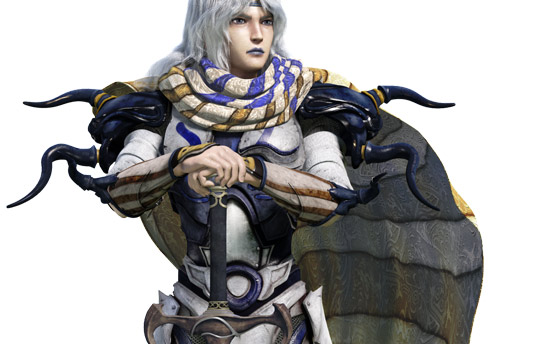 From Parasite Eve to Chrono Trigger, Takashi Tokita is a well-known and revered name among Square-Enix fans. He’s also supervising the restoration of one of his earliest career titles, Final Fantasy IV: The Complete Collection. The PSP port is set for an April 19th release, which marks the 20th anniversary of the original title’s release.

In an interview with the PlayStation Blog, Takashi Tokita talks about his goals for The Complete Collection. Not only will the usual expectations such as remastered graphics and improved English translation be met but it will be the pure, unedited version not seen overseas due to skimpy outfits and mature references. Regardless, the story will remain the same; the quest for redemption by the dark knight Cecil Harvey. 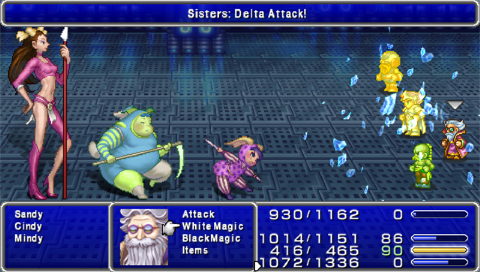 Sid Shuman, PlayStation.Blog: How are you taking advantage of the PSP for Final Fantasy IV: The Complete Collection?

Takashi Tokita, Director, Final Fantasy IV: The Complete Collection: The PSP was an appealing platform because it’s a high-quality handheld, it has excellent sound quality, and the UMD format offers a lot of storage space. The extra storage space let us incorporate Final Fantasy IV and FFIV: The After Years, plus the new playable Interlude [that connects both games]. We were also able to include a video and concept art gallery with the game.

PSB: As an experienced developer, are you interested in working with NGP? Are you brainstorming things you might like to try with the Next Generation Portable?

TT: I think it’s a platform that will enable us to do new things, obviously. The current environment isn’t quite as favorable to packaged games, it’s become a little more difficult. In terms of distributing a story-based game, I think NGP will be something that users can embrace for a long period of time.

PSB: Why do you think Final Fantasy IV remains popular and respected 20 years after its release? Not many games experience that kind of longevity.

PSB: While developing Final Fantasy IV, were you already thinking about the possibility of a potential sequel at some point in the future?

TT: When I was creating the original game, I didn’t have any ideas about creating a direct sequel. Much later, when I started development on Final Fantasy: The After Years, I thought that it might be good to create a story to connect FFIV and FFIV: The After Years, and that became FFIV: Interlude.

PSB: Why do you think FFIV’s story still resonates with players? Is it the murky morality or themes of redemption?

TT: I think redemption appeals to all generations. The idea of light and dark, and the confusion in that for the characters, is a theme that will never die. The sheer variety of characters is important as well because every player will find at least one character that they will develop an emotional attachment with.

PSB: Do you think that Japanese RPGs should evolve and change, or will there always be a place for classic JRPGs?

TT: I think that there are two types of JRPGs: ones that are character- and story-driven, versus the standard, classic JRPG. Final Fantasy IV combines elements of both, but leans more towards the classic style. In that sense, much like a song that can be covered by other musicians over and over again for years to come, I think the classic JRPG is a style that will continue to exist moving forward.

PSB: Many Final Fantasy came into the series long after FFIV’s original release. If you’re a fan of recent Final Fantasy games like FFXII or FFXIII, what will you appreciate in FFIV?

TT: New generations of Final Fantasy fans are created as new game platforms are introduced. Based on what I’ve seen, many of the more recent fans came into the series with Final Fantasy X on the PS2. By playing FFIV: The Complete Collection, these newer players will get a sense of the origin of Final Fantasy as well as the path the game took as it evolved into later incarnations.