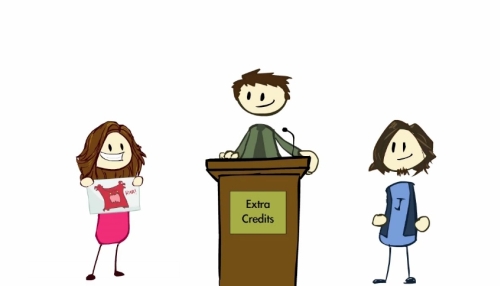 Penny Arcade TV’s popular show Extra Credits has released a video today asking the gaming community to band together against SOPA/PIPA as well as those supporting the bills.  Screwattack’s Stuttering Craig, Loading Ready Run’s Graham Stark, Red 5 Studios Mark Kern, and Extra Credits own Portnow and Floyd are all seen in the video reaching out to the community to do what they can to prevent the bills from passing.

Aside from the general information about what could happen if SOPA/PIPA go through, the five in the video are requesting that we as a community do what we can to inform the ESA (Entertainment Software Association) that we aren’t pleased with how they’re supporting SOPA.  The ESA is often believed to be the representatives for the gaming industry and as such, should be reflecting what we as a community support.  Unfortunately, the ESA is backing SOPA believing that it will truly help prevent piracy.

In order for us to let the ESA know that we disagree with them backing SOPA, the video is asking us to do what we can to prevent people from supporting E3 (run by the ESA) unless they change their stance on SOPA.  Game reviewers, gaming sites, and journalists are asked not to cover E3 in any way in protest of the ESA’s support of SOPA and PIPA.  Hopefully with everyone banding together, the ESA will pull it’s support of the legislation and we can all still enjoy a free and open internet. 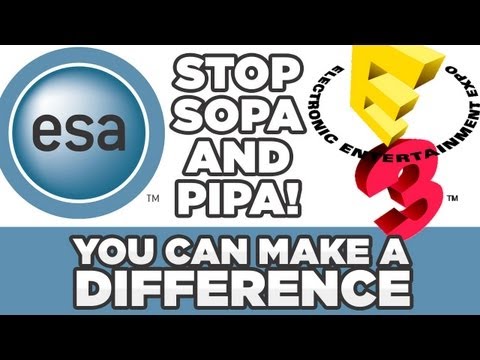