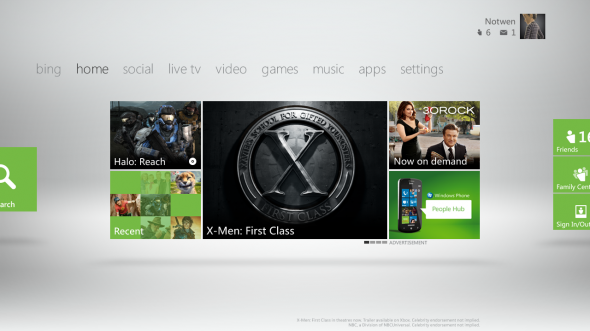 Sadly, Microsoft has dropped it’s announced live TV service through Xbox Live due to the high costs of licensing fees.  Ironically, Microsoft had just received an award from CES for innovation in TV.

The service would have required a monthly fee for Xbox Diamond service, which would have allowed users to watch all their favorite TV channels, socialize through a redesigned Dashboard, and access popular channels like YouTube and Netflix.  Although the service has been canceled, Microsoft will continue to work with providers like Verizon’s FiOS and AT&T Uverse to bring that content to Xbox owners who already subscribe to those services, in effect using the Xbox 360 like a cable box.