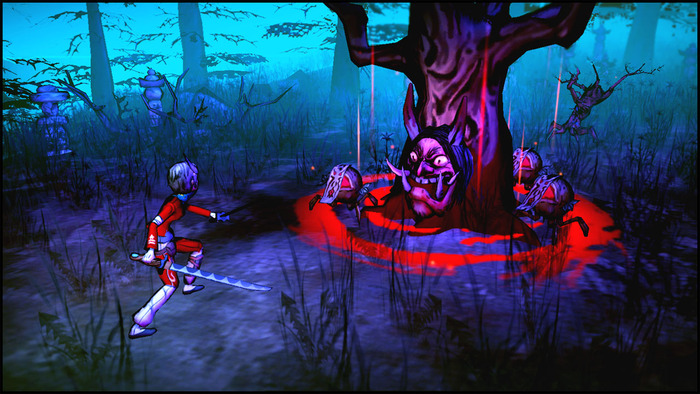 With American McGee and Spicy Horse’s Akaneiro: Demon Hunters set to enter open beta this month, the company is turning to Kickstarter in hopes of adding new features and giving the title a fully polished look.

Akaneiro: Demon Hunters is a free-to-play action-role-playing game with fast-paced combat and stunning artwork. Inspired by Japanese themes and the Red Riding Hood fairy tale, you take the role of a young recruit of the Order of Akane whose task is to take down the Yokai who threaten the balance between themselves and humanity.

If you’re new to the free-to-play setup of a title like this, there are some things worth knowing. With a free-to-play model, there are no subscription fees. The in-game currency, Karma, can be purchased with real money or earned via normal play.

Though the project just started today, backers have already put $15,676 towards the $200,000 goal set by Spicy Horse.