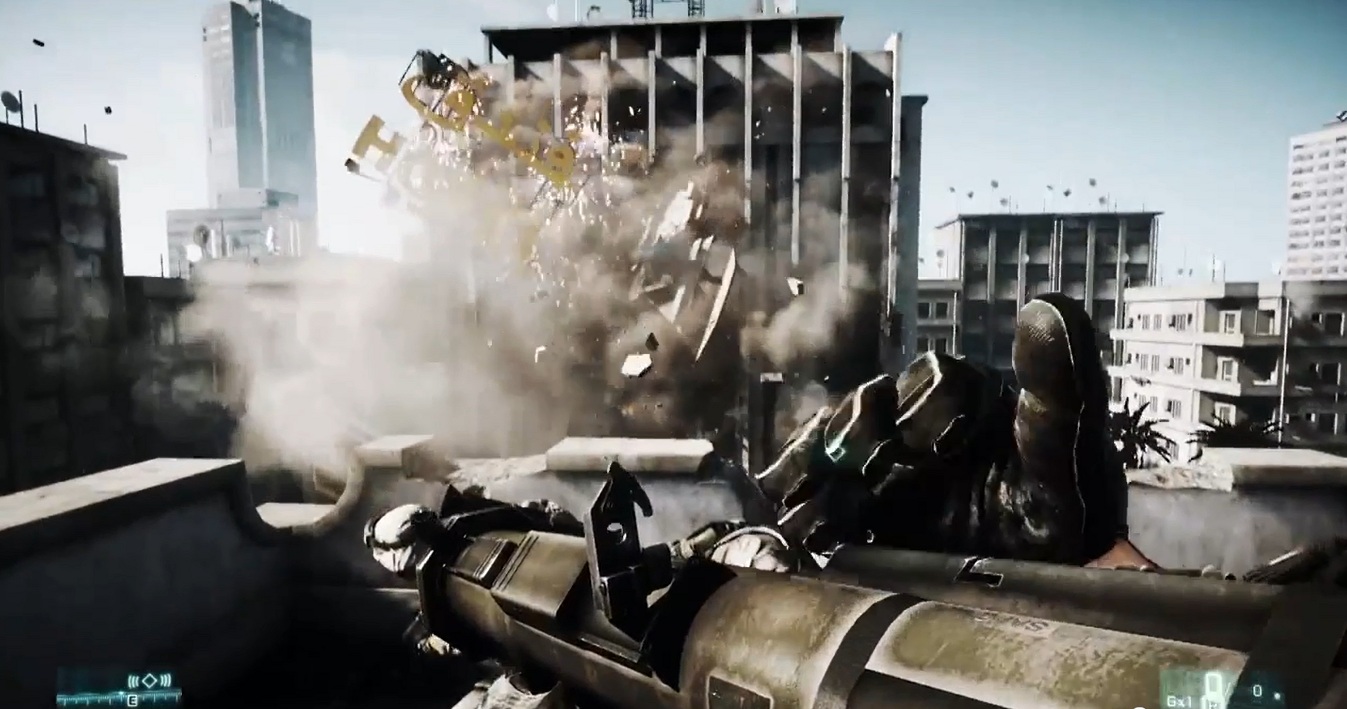 Yesterday DICE released their second part of their media campaign to promote the upcoming and highly anticipated Battlefield 3. Fault Line Episode II: Good Effect on Target, follows the same squad members that were shown in the first installment on a rooftop avoiding Sniper fire from an adjacent building as they maneuver to a safe place to retaliate with a rocket launcher.

Throughout the entire process you are in the back of the squad following their lead as they sprint from cover to cover avoiding the .50cal bullets that are destroying the environment around you.  As the squad moves along the rooftop all you see and hear is the collateral damage created by the near misses from the enemy Sniper. Flower pots are shattered as well as the concrete they were on top of, dulled sparks pang off the steel framing with the PANG deafening out your squad mates banter.

DICE has put so much detail into the environment, sound, and lighting, that it creates the sense of danger instead of making you focus on the graphics. To put it another way, its realistic enough for your brain to accept that what it might look like so in turn the sense of immersion is higher. It’s the first thing I noticed from the first video and the first thing I noticed from this one.

This initial “move from cover-to-cover” segment gave this title serious credibility in my mind, and increased my hopes that Battlefield 3 may just surpass the high, yet jaded expectations we have for our first-person-shooters. The tease at the end of the explosion in the building where the sniper was shooting you from made me wish I hadn’t seen the video because Fall is so far away. 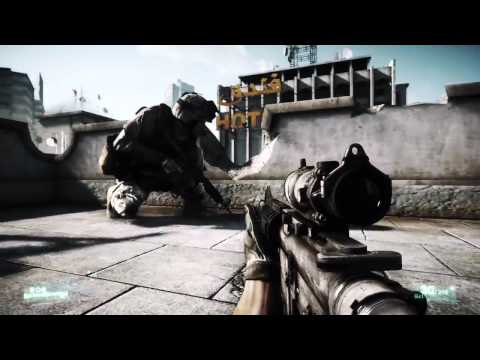 Mine-Craft On The PS4 Getting Started with the Basics