Today Vivid Gamer is proud to introduce a new recurring feature: 5 things parents should know. Here at Vivid Gamer, we want to try to help educate parents about various games. More than a review, this feature will help you learn about the game. Going beyond the ESRB ratings, we’ll let you know what might not be suitable for children or what might actually be acceptable, so you can make a more informed judgement about whether or not to allow your child to play the particular title.

For our very first feature we will be covering The Cave. The Cave is a platform-based puzzle game that released last week on Xbox Live, PlayStation Network and Steam. The retail price is $15/1200 MS points and is rated T for blood and fantasy violence. While the game features cartoon graphics, there are a few things you should know about the game if you are thinking about getting it for your child.

The puzzles in the game aren’t that difficult to figure out, but might frustrate the younger audience. If your child is a teenager, around 13-14, he/she should be able to figure out the puzzles at some point. Younger children on the other hand might need help when playing, as the key feature in the game is choosing three characters and switching back and forth between the three to complete a puzzle. There are very few hints in the game and most of them aren’t very explicit.

2. You can play with them 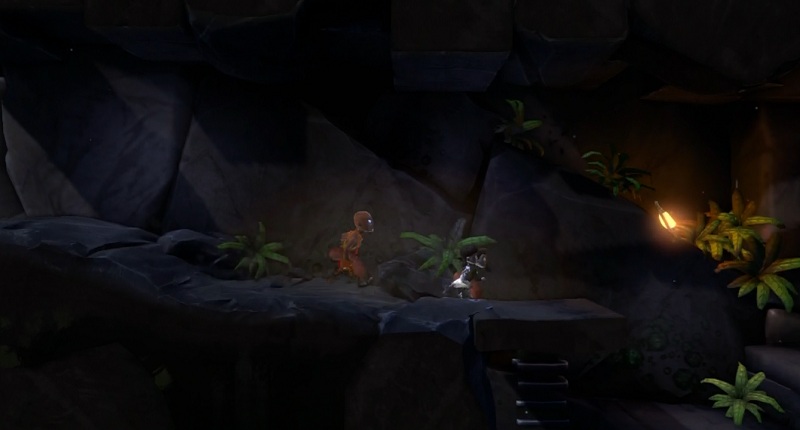 The Cave features local Co-Op so you can play with them to help them through the game. The camera will only follow one character at a time so keep that in mind as it can be a bit confusing at times. If your child is having trouble with the game feel free to jump in at any point to help them out just by turning on another controller. Co-Op also helps to speed the game up a little as well. 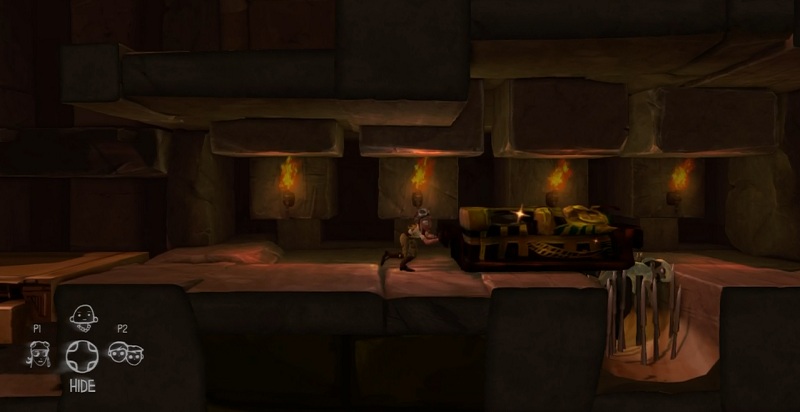 Depending on what you allow your child to watch when it comes to cartoons, The Cave’s violence isn’t going to concern you at all. The characters never die; they simply go up in smoke and return to the last point where they just were, so there’s no gruesome deaths in this game. The Knight level does have blood splattered walls in the background and dead characters. You can avoid this level by simply not using the Knight character, the same can be said about each character as you will only see their specific level if you use that character.  There are scenes where you will have to kill another character in the game. However, these scenes aren’t extreme and are pretty mild; they are very comparable to fantasy violence kids might see in cartoons. 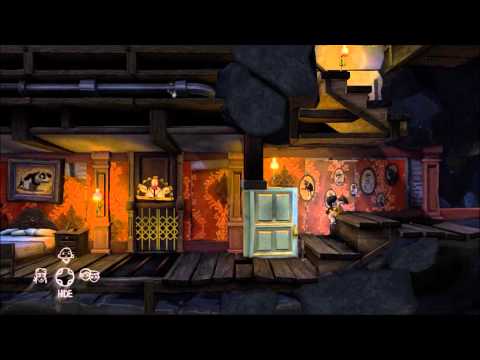 The language in the game is fairly mild; the only voiceover you’ll hear are from a few characters but mainly the narrator: “the cave.” There might be some humor that younger audiences won’t understand, but there’s nothing incredibly vulgar in the game (check out the video above for an example of the voice over). There are, however, some more mature themes that occur in the game such as “The Twins” who have to poison their parents (though you don’t see them eat the poison), or the adventurer who has to push someone on to spikes to proceed (though there’s no blood). Situations like this occur with every character ranging in different degrees of “violence.” I would like to note though that at the end of the game players have a choice between an “evil” and “good” ending. The good ending will result in the character having a change in heart about what occurred earlier in the game and thus change the events and the mature themes.

I wouldn’t go as far as to say the game has difficult controls; after all, there’s only three buttons you’ll use throughout the game, but there are some frustrating points where it can be quite annoying/difficult traversing the various levels. A lot of the game has you going back and forth within a particular level, and there will be times where the controls will fail. While this won’t frustrate the older audiences as much, the younger crowd might get easily frustrated with it. And as I pointed out earlier, you can easily jump in and take over to help them get through some of the timed platforming sections or other more difficult platforming. But if your kid is used to playing a lot of side scrolling platformers, than this game shouldn’t be too difficult for them.

While The Cave is rated T, I don’t see why someone who is younger wouldn’t be able to play the game. There’s always an option to turn off the voice over, and the various characters and new environments makes for a good amount of replay value. If you want to learn more about the game and the particular character levels/possible mature themes, than check out our video walkthroughs, where you’ll be able to get an even better idea of what the game is like before you make a decision.