Nintendo hosted another one of it’s Direct events, revealing several new games and features coming to the system in the near future. Among these are not one, but two Zelda games, a Fire Emblem/Shin Megami Tensei crossover title, and a new game from the team behind Xenoblade. If you’d like to check out the full feature (which includes clips of many of the announced titles), you can watch online here, or check it out below: 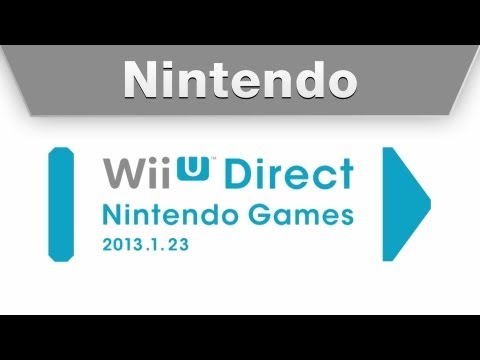 Here’s what you can expect in the near future for Wii U:

In addition, Virtual Console will finally be coming to Wii U with a “spring system update” (whenever this may be). However, the shop will be limited to NES, SNES, and GBA titles for now. If you already own NES and SNES games (from your Wii), you can “import” them (and get the “enhanced” Wii U version”) for $1 for NES games or $1.50 for SNES titles. In addition, to celebrate the 30th anniversary of the Famicom (NES), one game per month (through July) will be available for only $0.30, starting with Balloon Fight.

MiiVerse will also be expanding to smartphones this spring. Initially, it will be a browser-based experience, but will ultimately become a dedicated app.

A summer update is also planned, which should add even more features.

Does this make you guys more excited about the Wii U?

Gamers Speak Out Against SOPA on VGVN’s Facebook Page

Top 5 Best and Worst Video Game Platforms of All Time