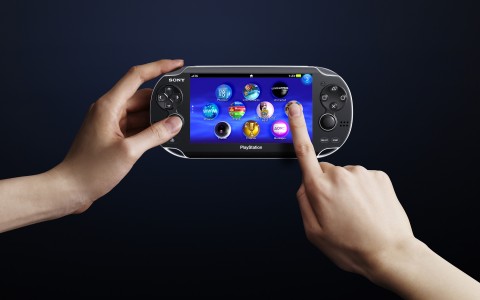 During Sony’s Next Generation Portable GDC panel, a slide was shown giving information about the storage of the NGP which is still shrouded in a bit of mystery. It appears that one feature the NPG is doing away with that was vital on the PSP Go is the internal storage. Instead, it has been mentioned that space for save data and any patches will be allotted on the game cards themselves.

The game cards will be available in 2GB and 4GB with 5 to 10 percent of the space being dedicated to the save data and patches. That translates to roughly 1.8GB for the 2GB cards and 3.7GB for the 4GB cards allowed for game data. When compared to the space used on the UMD discs (coming in at close to 1.8GB), this means that games for the NGP could wind up larger than current PSP titles. But this is still nowhere near the 9GB used for PS3/multiplatform titles though the 4GB game cards will bring the amount of data close to half of that. Another interesting fact is how the NGP will have more storage per game than that of a 10MB mobile phone game. This isn’t the only form of storage for Sony’s NGP, another one mentioned is called “removable memory.”

“Cards will be large to support a variety of downloaded content,” the slide says. This includes games available over PlayStation Network; and, thankfully, Sony says it’s implementing a “single submission for both formats” to streamline the process of getting games approved for both card-based and downloadable releases.”

The Newest Way To Rock! How Guitar Hero Live is Different And Cooler

These Are The Best Free Games For Android! Play Now!