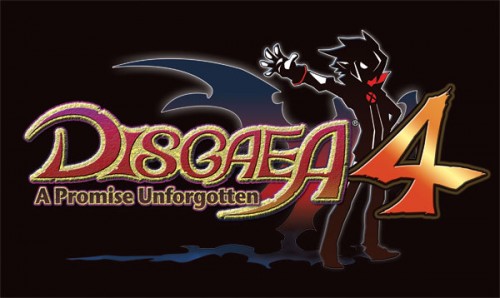 NIS America announced today that Disgaea 4: An Unforgotten Promise will hit PlayStation 3 consoles this Summer in North America with European fans getting it this Fall. This latest entry will bring back the battle system that Disgaea fans remember along with a completely revamped graphic engine. New to the series will be the addition of user-generated content. Not to mention a brand new cast and story to round out the rest of the exclusive features!

And if the news of Disgaea 4‘s release isn’t enough to get fans excited, NIS America is also holding a contest: Disgaea 4 “Come up with Dis-name-a” Campaign. This contest will allow entrants to come with names for a weapon, weapon skill, and NPC. Winners will have those names proudly showcased in the game and their names as well. The contest is set to run until April 21st so if you plan on entering, make sure not to miss the deadline.

This latest incarnation of the popular Disgaea strategy RPG series boasts major graphical improvements, Disgaea‘s most in-depth gameplay yet, everlasting value, and the great sense of humor you’ve come love. The new graphics engine truly brings TakehitoHarada’s characters to life with fluid animations and high definition details. Create your own political party and take advantage of a slew of new battle and strategic features expanding upon the already staggering replay value. Finally, Disgaea 4 adopts an all new map-generating mode, enabling players to create and share custom maps with fans around the world! You can even design your own pirate ship to attack them with! This summer, Disgaea 4 will relentlessly invade your gaming room!

The official Disgaea 4: An Unforgotten Promise website is up and running though there isn’t a lot available at this time. Stick with us as we continue to update you with more information on this Summer release!

Lines of All Fun