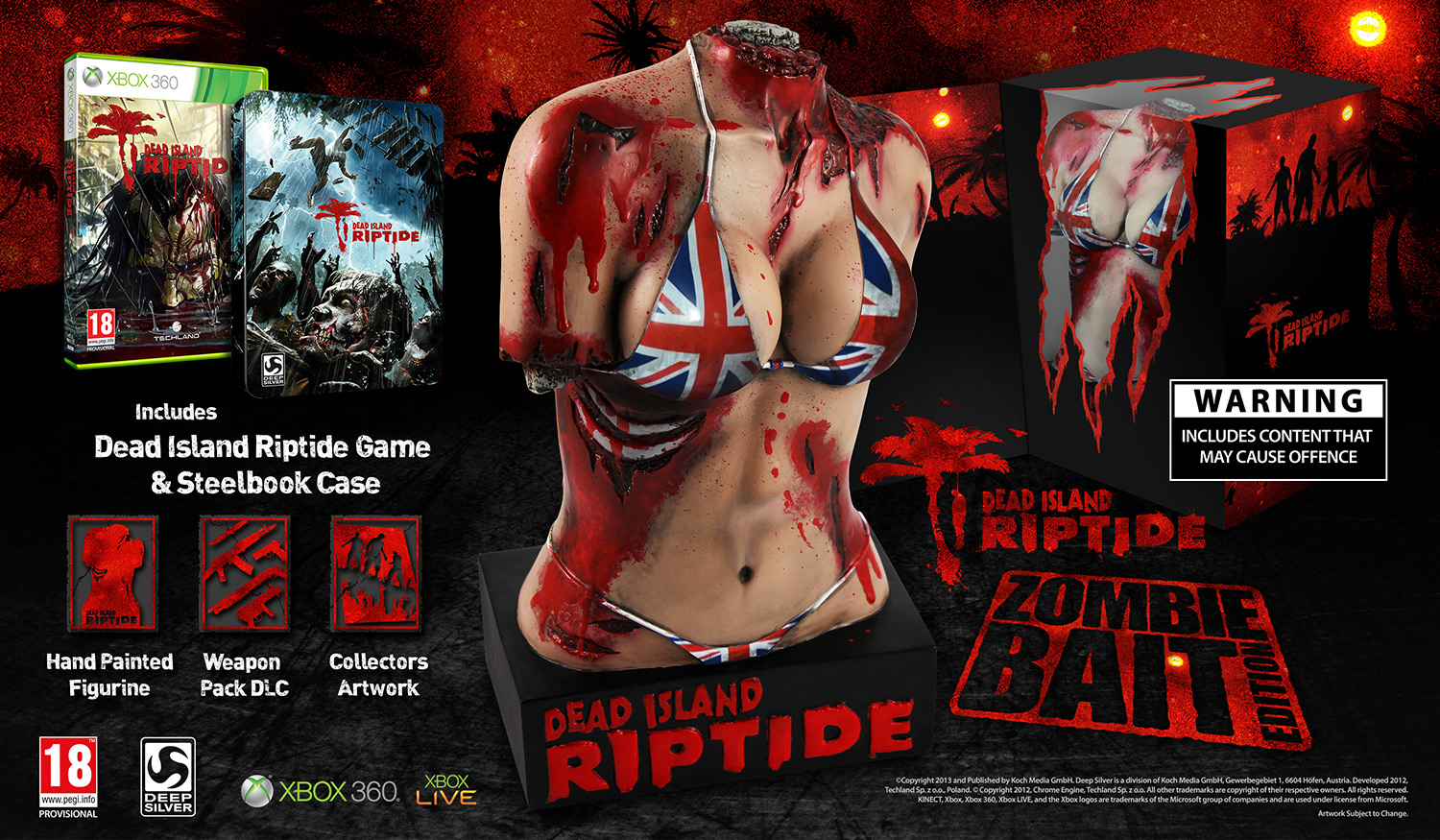 While North American and Latin American gamers will have the chance to pick up the Rigor Mortis edition of Dead Island Riptide, Deep Silver is offering a more gruesome edition for those in the UK. Aptly named Zombie Bait, this limited edition includes the game, steelbook case, collector’s artwork, and a hand-painted torso of one of Palanai Island’s zombies. The bust measures in at 31cm tall and 18.5cm wide. Severed limbs and a decapitated head are accessorized by bloodied gashes. It should be noted that this edition is also just limited to the Xbox 360 version.

Not long after Deep Silver had revealed the contents of the Zombie Bait edition, the company started receiving some backlash on the choice of the torso figurine. Below is the statement released regarding the decision to include the grotesque bust:

A statement on the Zombie Bait Edition:

We deeply apologize for any offense caused by the Dead Island Riptide “Zombie Bait Edition”, the collector’s edition announced for Europe and Australia. Like many gaming companies, Deep Silver has many offices in different countries, which is why sometimes different versions of Collector’s Editions come into being for North America, Europe, Australia, and Asia.

For the limited run of the Zombie Bait Edition for Europe and Australia, a decision was made to include a gruesome statue of a zombie torso, which was cut up like many of our fans had done to the undead enemies in the original Dead Island.

We sincerely regret this choice. We are collecting feedback continuously from the Dead Island community, as well as the international gaming community at large, for ongoing internal meetings with Deep Silver’s entire international team today. For now, we want to reiterate to the community, fans and industry how deeply sorry we are, and that we are committed to making sure this will never happen again.

What is your take on this? Do you feel that Deep Silver dropped the ball on offering the bloodied and banged up female torso in the UK special edition? Or perhaps for the North American gamers, are you jealous that the UK is getting something so gruesome? Comment below and let us know.

No Internet Game? No Problem How to Play Retro Games On Your Phone