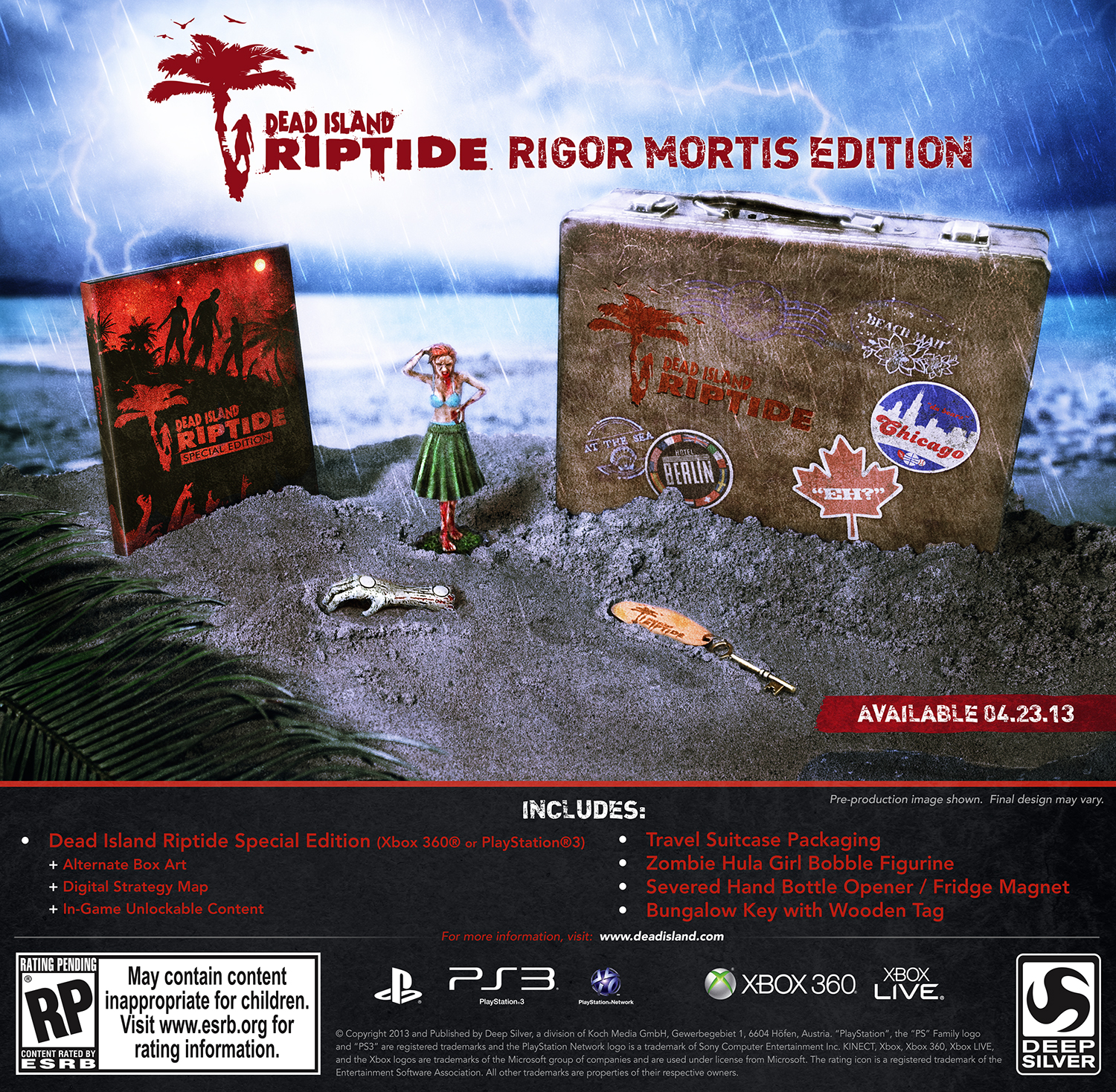 Late last year, Deep Silver surveyed fans of the Dead Island title to find out what sort of goodies they would like to see included in a collector’s edition of the upcoming sequel, Dead Island Riptide. Deep Silver announced today that the results are in with the reveal for the North American exclusive Rigor Mortis edition. Below is the list of contents fans will find within the collector’s edition.

Dead Island fans will want to to pre-order their copy today so they don’t miss out on the limited items within the Rigor Mortis edition. This special edition is available for pre-order today at North American and Latin American retailers. The suggested price is $79.99. Dead Island Riptide will be released on April 23, 2013 for the PC, PS3, and Xbox 360.

The 5 Best Zombie Games For Your Continued Survival